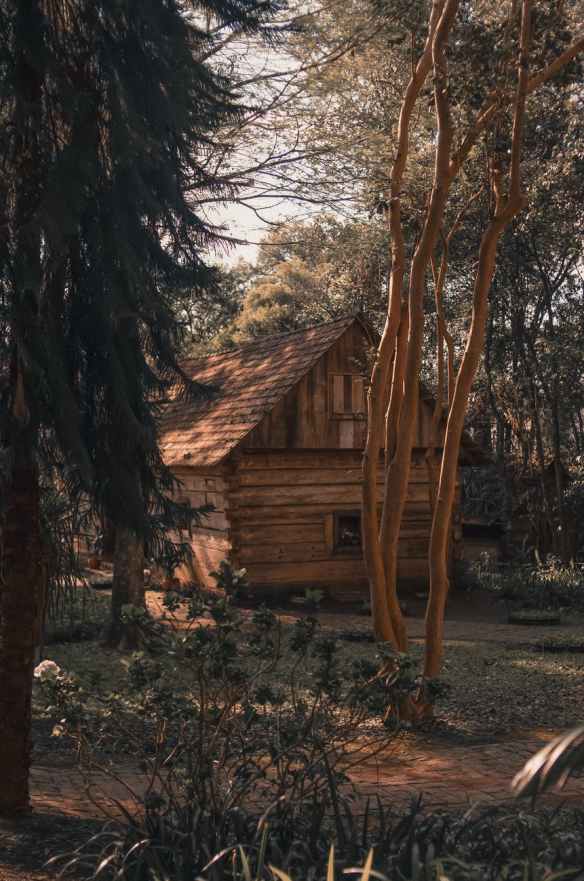 Photo by wendel moretti on Pexels.com

Let’s check back at the final part of the previous chapter.  Enjoy this chapter of a three-part series.

Jumping off, Rebel steps over to the final machine.  Everything feels just right as he sits on the seat.  He eagerly cranks up the motor and takes off for a spin around the front yard.  Being a city kid, Rebel has never driven anything like a four-wheeler.  He quickly loses control.

A mammoth maple tree blocks the path of the small four-wheeler.  Unhurt, Rebel hops off.  He seems unfazed by the damage done to the tree, much less the mangled front end of the machine.

Meanwhile, the porridge continues to cool in the kitchen.  The Bears are enjoying their early morning venture into the woods, but they realize that they must soon turn around and begin heading back before the porridge becomes cold.

Rebel scampers up the front steps and boldly enters the cabin without any fear.  He has assumed, correctly of course, that the home is empty.  After all, no one came running outside when he foolishly crashed into the majestic maple tree.

Inside the living room in plain sight are three different sizes of video screens.  The Bears enjoy gaming on each of their individual screens.  Walking right past the three comfortable-looking chairs, Rebel checks out the enormous video screen, but he cannot figure out how to operate the remote.  Frustrated, he throws the remote at the wall, and it shatters into several pieces.

Sliding over to the slightly smaller screen, Rebel becomes frustrated with the poor quality of the video.  His impatience ruptures as he slams the screen to the floor, cracking it in more than one place.  Anyone can see that young Rebel has a temper that boils over quickly and easily.

Last of all, Rebel spies a small mobile game device sitting on an end table, and it looks just right.  He has used a similar device before at a friend’s house in the city.  Happily, he begins playing on the device before slipping through the kitchen and dashing past the cooling porridge.  He takes the device with him, thinking that he will keep this for the journey home.

Meanwhile, the hungry Bears are nearing their home.  With a brief stop to gather some fresh berries for their porridge and some firewood for the wood stove, they will be back in less than ten minutes.

As Rebel glides out the back door, he realizes that his family is probably quite worried about his sudden disappearance.  He is set to begin his walk back through the woods towards the city, but three hot tubs catch his wondering eyes as he hurries across the backyard.  A morning dip appeals to him before he begins his journey for home (and a stern talking to from his parents, who have been distraught all morning).

As he approaches the tubs, he kicks off his shoes and socks.  Rebel dips a hand into the enormous tub, but he discovers that the water is much too hot for him.  Moving over to the next tub, he dips a bare left foot into the calm water, but swiftly pulls it back out.  With the water feeling like ice cubes, he accidentally loosens his grip on the gaming device.  The device falls to the bottom of the tub where it suffers a frigid, fateful plunge.

With one hot tub left to check out, Rebel cautiously approaches.  He feels the warm water beckoning him to jump in . . . and he does, clothes and all!  The steamy water feels just right as he slumps down in the perfectly sized tub.  Hmm, he feels like he could stay here forever.

Soon, the perfectly heated water serenades Rebel to sleep.  His long trip away from home has left him more fatigued than he realizes.

5 thoughts on “Rebel and the Red-Neck Bears, Chapter 2”