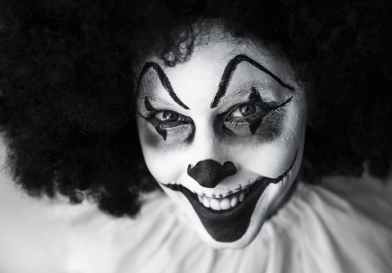 The circus used to be filled with excitement to astound

A generation ago numerous children experienced it all

Now the mighty Big Top has vanished with a huge fall

Thrilled to adore another tasty treat

The ringmaster keeps the thrilling show moving along

Audiences soon realize that each act lasts only so long

The three rings keep the excitement building and bubbling

Here come the zany clowns who keep the humor rumbling

Children dream of being in the circus spotlight

Lions, tigers, and bears—Oh, what a sight to find

Such bravery shown by animal tamers each time

Their majestic presence makes them the stars

Flying high above the crowd is the night’s final act

Looking forward to each astonishing feat

The “Greatest Show on Earth” needed to fold

Audiences once filled the Big Top with laughter and awe

A new generation of children may never wonder

How a circus brought applause as loud as thunder

Recalling circus images that will repeat

The “Greatest Show on Earth” shut down its operations in 2017 due to declining attendance and revenue shortfalls.  The Ringling Brothers and Barnum & Bailey Circus was, without a doubt, the greatest circus show of them all.  As a footnote, John Ringling, one of the circus-owning brothers, arrived in a small town in central Montana in the early 1900s.   He planned to invest in cattle ranching and a local railroad.  The tiny, quiet hamlet of Ringling is still on the map today along U.S. Highway 89, but you would never know that it can trace some of its history back to the “Greatest Show on Earth.”