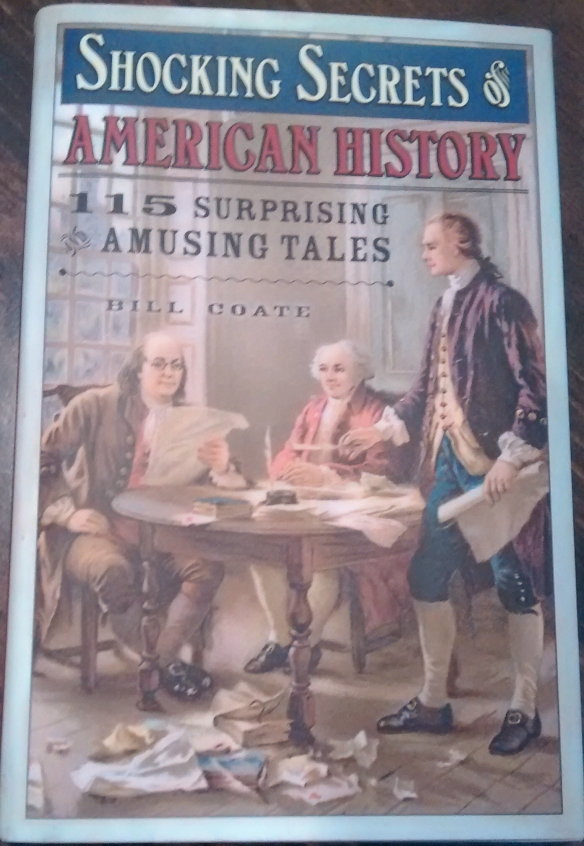 Educator and historian, Bill Coate, presents surprising and sometimes funny short stories about American history.  In writing Shocking Secrets of American History, he unlocks precious gems as he brings history to the reader in a simple, fascinating way.

Published in 2006, the organization of the book is easy to follow.  There are 115 brilliantly written short accounts that are each two pages in length.  Each selection stands on its own so the reader can put the book down and easily pick it back up for the next topic.

The selections begin with American patriot John Adams’ defense of the British redcoats following the Boston Massacre in 1770.  The final story presents the heroic exploits and leadership on Utah Beach during the Normandy invasion on D-Day (June 6, 1944), as General Theodore Roosevelt, Jr. leads his men into battle.

The book is organized into five sections:  Early America, the Civil War, the White House, the West, and the Twentieth Century.  As Coate writes, he reminds one of listening to radio broadcaster, Paul Harvey, with his “The Rest of the Story.”  The reader has an opportunity to enjoy humorous, amazing little-known tidbits of American history.  Each story is short, but loaded with in-depth knowledge and facts, written in a lively and exciting manner.

Bill Coate is a past Disney Teacher of the Year, and he continues to write about history from his home in Madera, California.