Photo by Kerry on Pexels.com

We see evidence of God’s love all around us, each and every day.  Accept His love, bring our sins to the Cross, and follow Jesus with all of our heart and soul.

Do you write a daily journal?  This inspiring thought comes from my journal, and much of what is written in my journal comes from reading and commenting on other bloggers’ posts.  Thanks to many of you for adding so much to my journal. 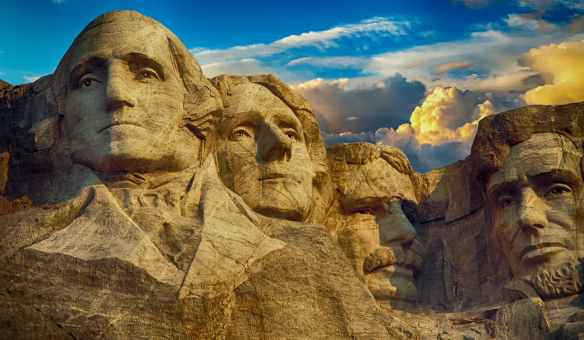 This post takes a different route from my normal avenues of poetry and short stories.  Like many Americans, I pray often for our nation and its future.  I am a husband, father, and grandfather who loves his country, only after God and family.

America has overcome difficult periods throughout its history.  In our past and present times, we sometimes appear to be a very divided nation, and God’s Word says more in this verse from the Gospel of Mark.

From Mark 3:25:  “And if a house is divided against itself, that house will not be able to stand.”

Our nation has overcome past circumstances which threatened to split apart our nation.  Over the years, our leaders have mastered the strength of compromise to move the country forward.

In the 1980s, two American leaders from different political parties, with their own perspectives, came together for a common cause.  President Ronald Reagan (Republican) and Speaker of the House Tip O’Neill (Democrat) proceeded to craft a better way to make Social Security pensions more sustainable far into the future.  We are still using their compromise today because these two men put aside their individual philosophical differences for the good of the nation.

During World War II, an unprepared nation had to unite in spirit and cooperation to find the means for victory in a world-wide conflict that spanned the globe.  The “Greatest Generation” came together as a nation of brothers and sisters, willing to pay the price for ultimate victory.

A democratic republic requires civilized, respectful public discourse through peaceful assembly of its citizens, passionate debates in its legislative bodies, and a free press articulating the facts.  Many of these are protected in our Constitution under the Bill of Rights.

The Bill of Rights (the first 10 amendments to the Constitution) was added to protect the rights of all Americans.  The Federalists favored a strong national government after the ineffective government under the Articles of Confederation following the Revolutionary War.  Opposing this view were the Anti-Federalists who wanted to protect individual liberties, which were a large reason behind the war of independence.  A compromise was reached to “check” the power of the national government—through ratification of the Bill of Rights.

Abraham Lincoln was running for the U.S. Senate in 1858 when he presented a speech, and here is an excerpt.

“A house divided against itself, cannot stand . . . I do not expect the house to fall—but I do expect it will cease to be divided.”

Lincoln lost the election to Stephen A. Douglas, but he would take his place in Presidential history with his election in 1860 to the highest office in the land.

In November, 1863, in the middle of America’s Civil War, President Lincoln delivered his famous Gettysburg Address.  His words from the beginning and ending of his speech still resonate today.

“. . . our father’s brought forth on this continent, a new nation, conceived in Liberty, and dedicated to the proposition that all men are created equal.”

“. . . that this nation, under God, shall have a new birth of freedom—and that the government of the people, by the people, for the people, shall not perish from the earth.”

Our forefathers deliberated over the design of a new form of government for the young nation, and they found ways to compromise and create a lasting union.  This philosophy is very evident in the Preamble of the Constitution.

“WE the People of the United States, in Order to form a more perfect Union, establish Justice, insure domestic Tranquility, provide for the common defence, promote the general Welfare and secure the Blessings of Liberty to ourselves and our Posterity . . . .”

As I pray each day for our great nation, I am guided by humility as I bring my thoughts to God.  I am reminded by the insightful words of King Solomon in Proverbs 2:6-8.

“For the Lord gives wisdom; from His mouth come knowledge and understanding; He stores up sound wisdom for the upright; He is a shield to those who walk blamelessly, guarding the paths of justice and preserving the way of His faithful ones.”

With another year starting up, I have been contemplating and praying about how to manage my life in better alignment with God’s Word.  While a new decade is upon us, I am more concerned about the year ahead.  Better yet, I need to build my faith day-by-day.

While I have been successful in managing my pre-diabetic condition, and my family has been a true blessing in so many ways, I still feel there is room for growth in my faith.

In reading Scripture, Jesus is always connected to us.  At the same time, there is a need to reshape my daily habits by reading God’s Word with a deeper understanding and to be more consistent in prayer.

From John 15:1-2:  “I am the true vine, and my Father is the vinegrower.  He removes every branch in me that bears no fruit.  Every branch that bears fruit he prunes to make it bear more fruit.”

My mother (she will turn 82 this month) reminds me to make each day precious.

With faith at the forefront of my agenda for 2020, I will use a phrase to better emphasize keeping my faith on track and growing.

With God’s guidance, this Grace-driven foundation will consistently build up my spiritual energy.

Photo by George Becker on Pexels.com

Photo by Brett Sayles on Pexels.com

Growing up in the 1950s and 1960s, I witnessed many special moments on television.  I can still remember the transition from black and white televisions to color.  Shows were only available on the “big three” networks as cable offerings wouldn’t arrive for several years.

One of my family’s favorite shows was “The Red Skelton Show.”  The show will always remain a classic with the honest and genuine humor (nothing ever offended the viewers).  Red Skelton was the consummate professional, and his authentic enthusiasm for entertaining America was present in every show.

At the end of each show, Skelton paid honor and appreciation to his television audience with the simple words, “Goodnight and may God Bless.”

A recent posting of a YouTube video reminded me of the deep patriotism of Red Skelton.  I cannot remember seeing this segment so it was a treasure to view.  Enjoy Skelton’s serious and throughtful interpretation of the “Pledge of Allegiance” from one of his shows back in 1969.  The man clearly loved and cared about America.

Congratulations to Andrew for qualifying for the Boston Marathon later this year.

Read more about Andrew’s awesome story of perseverance and determination to overcome so many challenges in his life.  You can run with him as well by going to the post shown below.