If you missed either of the first two chapters, here are links to Chapters 1 and 2.

The story continues from Aaron Burr High School.  When we last checked in, the first day of school was off and running (the staff isn’t quite sure where to).

Aaron Burr’s student body is dominated by the sub-culture from the streets outside of the school building.  Sadly, the administration can do very little to control the unruly students or maintain any type of discipline.  Pete and the newly arrived staff do not see what’s coming their way—a film, with a disaster theme, would be a more appropriate setting! 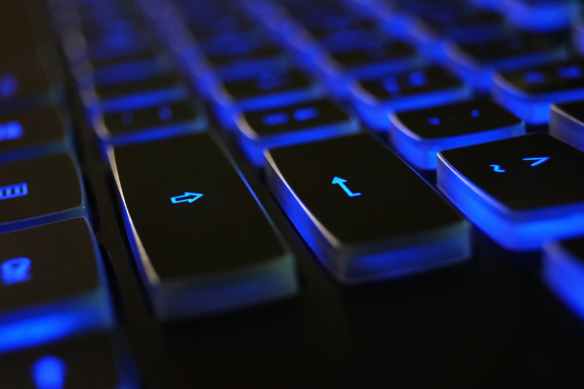 Photo by Marta Branco on Pexels.com

Pete’s first-period class is filled with freshmen and sophomores, with a couple of juniors thrown in because they need another failing grade.  Pete assumes (without much forethought) that his beginning class will prepare the rest of his day for even more success.  Pete looks down and suddenly realizes that his socks do not match—one black and one blue.  He feels a bead of sweat forming around the collar of his shirt.  Perhaps he should loosen up the colorful tie that hangs (too tightly) around his neck.

Reggie is one the juniors, and Pete immediately realizes that this “man-child” will be a handful to cope with.  Reggie stands nearly as tall as Shaquille O’Neill with the maturity of a middle schooler.  He aspires to play in the NBA, but no scouts will ever find his talent (or lack of it) as his GPA is a lowly 0.2.  His only passing grade was during his freshman year in Physical Education. Somehow he squeezed by with a “D-” on his final exam.

Traci and Clyde are sitting next to each other, and school is definitely not on their minds.  Clyde falls asleep at his computer—it seems that he is not quite ready for his summer vacation to end.  His preferred field of study is researching the short story written by American author, Washington Irving, Rip Van Winkle.

Traci pulls a bottle of fingernail polish out from her purse.  She decides that her nails need a touch-up.  Afterall, she wants to look her best on the first day of school.  Traci seems more interested in making a good impression with some of the boys in the classroom.

The rest of Pete’s class appears to be settling down, and most seem fairly well-prepared for their return to the boisterous halls of Aaron Burr.  Pete tries to be as calm as possible, but this first day in the trenches begins to cause him to sweat even more!

Ah!  Before one forgets, Pete’s classroom . . . aka the computer lab (prison to Reggie and many others) . . . doesn’t look like a traditional classroom.  The computer lab is part of an enormous, open classroom area with four large computer labs filling the space.  There are no windows, permanent walls, or classroom doors.

The school designers wanted to set up an office-like atmosphere so that students could better assimilate into the world of work.  One wonders how many of Aaron Burr’s finest and not so fine will actually make it in the real world, much less graduate on time.

Each of the four classrooms is separated by office-like partitions.  The walls, looking more temporary than permanent, rise about seven feet.  There is ample space between each wall and the ceiling.  Pete doesn’t appreciate the room layout much, but there is little that he can do about it.  He will have to make the best of it for now.

7 thoughts on “Flying Trash Can, Chapter 3”